Are you gluten free and living in the Denver / Centennial area? Allow me to introduce the Mecca of GF baked goods, The Gluten Escape.

Since started in 2012 by Kathy Letson and her crew, TGE has grown to be a GF powerhouse. TGE is a dairy free, soy protein free, fava/garfava peanut free, and 85% egg free facility. TGE also works to avoid corn and use the freshest ingredients possible. Um amazing.

Nnot only can you get your sweet items like cookies, brownies, and more, but you can also grab some savory items like breads, doughs, Paleo items (only prepared on Wednesday’s), and seasonal items.

It’s no wonder why this decadent and moist brownie won an award from 5280 Magazine. 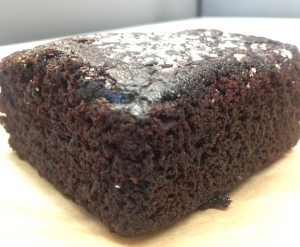 Back in the “good old days” aka days where I ate whatever I wanted and had no stomach implications, my ultimate vice was Cinnabon. Omg I can just smell the ooey gooey deliciousness of a fresh pan and drizzling one with those cups of fattening frosting…which are probably filled with all types of fake ingredients. However, unlike at Cinnabon, TGE’s fluffy cinnamon roll wont make you feel like you just consumed a whole tub of preservatives. P.s. the cinnamon roll also won an award from 5280 Magazine. 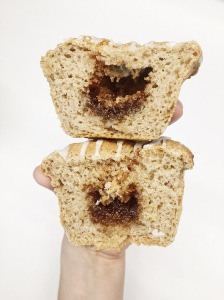 Every Wednesday, TGE cooks with nuts to prevent contamination with the other items which is also when they prepare their Paleo items. A big plus on these days is that they freeze these breads so they last for purchase on other days of the week. The flexibility is perfect for me to scoop up before work or during lunch. My favorite Paleo bread so far has been the spinach ciabatta and I highly recommend it to anyone who wants a break from the store bought or the DIY Paleo bread loaves. I can’t to try the upcoming fall and future winter creations. 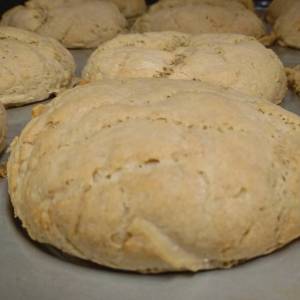 *I partnered with TGE, but all opinions are my own. This compensation helps with expenses to keep this blog up and running.