Although it may come as a shock to some, Bang Bang has been the original gangster in Logan Square, way before it started to become cool. Its people, its vibes, and its fork licking food have been superseding expectations since day one.

Ever since opening its doors in 2012, Bang Bang has been nothing short of a grand slam. According to owner, Michael Ciapciak, Bang Bang started out of a desire to create a “true & humble neighborhood gathering spot built around a warm, welcoming team & comfortable atmosphere over good biscuits, pie & hot coffee. ”

Located at the same location since its birth, Bang Bang Pie offers fresh pies, biscuits, sides, and beverages daily. Serving flavors based on the season and input from the staff, Bang Bang has a sweet and savory menu to choose from. While the top crowd favorites feature two types of biscuits and the infamous key lime pie, there are always new and rotating flavors that appear throughout the year, all served on top of the signature blue and white checkered paper. 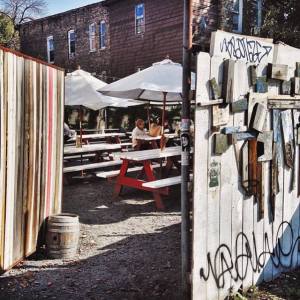 Remaining one of Bang Bang’s “bread and butter” items, the honey pie is more than just its staple. Although it appears simple, its buttery shortbread crust, rich honey custard, and sprinkles with big hunks of sea salt and fresh herbs make each bite a happy marriage of salty and sweet goodness. 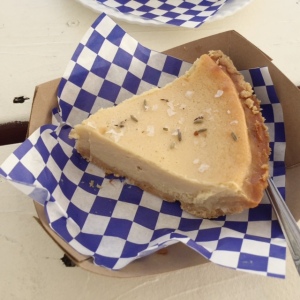 Dominating the savory side of the menu are biscuits – fresh, handmade, and topped with a variety proteins, veggies, or seasonal spreads. Having been on the menu since day one, unchanged, the flaky scratch biscuit is simple, yet totally soul satisfying. Accompanied with standard condiments, the homemade butter and jam quickly transforms this regular biscuit into a decadent and (way) better version of a “PBJ.” 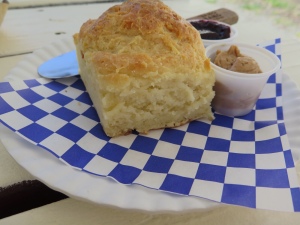 No matter how many times I visit Logan Square, the smell of fresh baked pies and buttery biscuits from the blue line L stop always wrangle me in. It’s hard to believe that Bang Bang still draws an enormous line to this day, even after being opened after all of these years.

Despite all of the heightened awareness of Logan over the past couple of years, the down-to-earth and humble vibe that started the Bang Bang concept has remained constant. Whether you stop by for a slice of pie, a mouth-watering biscuit, or just a cup of coffee, Bang Bang still stands as an oasis for those who want to relax and enjoy.